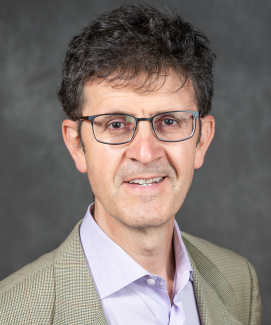 Honors bestowed upon Dr. Puglielli include being named as an Outstanding Scientist of the 21st century-International Biographical Center (Cambridge, UK), a National Academic Affairs - Excellence in Teaching award, a New Investigator Award from the UW School of Medicine and Public Health, the Puestow Award for sustained excellence in basic/translational science, and two Merit Awards from the Department of Veterans Affairs. He is a member of the Society for Neuroscience, American Society for Biochemistry and Molecular Biology, Federation of American Societies for Experimental Biology, the Royal Biochemical Society, and the Royal Chemical Society. Dr. Puglielli lectures in neurobiology, aging, and Alzheimer's disease courses and seminars. He is a regular/permanent member of the National Institutes of Health Cellular Mechanisms in Aging and Development Study Section.

Dr. Puglielli's research program focuses broadly on molecular mechanisms of neurodevelopment and neurodegeneration. His laboratory employs a combination of biochemical, cellular, molecular, and genetic approaches in in vitro, ex vivo and in vivo models. In 2007, his group reported that nascent proteins could undergo Nε-lysine acetylation in the lumen of the endoplasmic reticulum (ER). This discovery resulted in the identification of a previously unknown biochemical machinery that impacts on the biology of the ER.

The ER acetylation machinery regulates two essential functions of the ER: (i) efficiency of the secretory pathway (as part of quality control) and (ii) disposal of toxic protein aggregates that form within the secretory pathway (through autophagy). The flux of acetyl-CoA into the ER regulates cross-talk between different intracellular compartments. A dysfunctional ER acetylation machinery has been linked to developmental delay and premature death, autism spectrum disorder and intellectual disability, autosomal dominant spastic paraplegia-42, and Alzheimer’s disease. Dr. Puglielli's laboratory has generated mouse models that mimic the above diseases and dissected relevant pathogenic pathways. These results support findings obtained from human-based studies and indicate that the ER acetylation machinery plays a crucial role in both neurodevelopmental and neurodegenerative diseases.

Active projects in the Puglielli laboratory include: