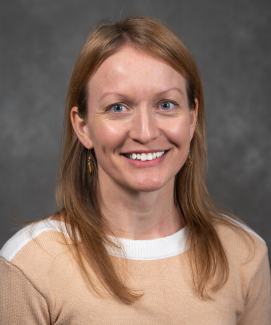 Dr. Bendlin’s recent sleep study aimed to examine the relationships between quality of sleep and brain changes. The study included over 100 participants who were an average age of 63 years old and cognitively healthy. The participants completed sleep questionnaires to determine the quality of their sleep for the previous 4 weeks and underwent a lumbar puncture. Using the cerebrospinal fluid that surrounds the brain obtained from the lumbar punctures, the researchers were able to look at proteins related to Alzheimer’s disease.

What the study found is that people who reported less than desirable sleep quality — including sleepiness during the day and not feeling rested after a night of sleep — also showed brain changes, measured using the cerebrospinal fluid, suggesting protein buildup related to Alzheimer’s disease and markers of inflammation in the brain. What the research did not show is whether brain changes caused sleep disturbance, or if unhealthy sleep caused the Alzheimer’s disease-related brain changes.

Dr. Bendlin emphasized the importance of quality sleep. Studies show 1 in 3 Americans don’t get enough sleep, yet adequate sleep could be a preventative measure to ward off Alzheimer’s disease. In addition to Dr. Bendlin’s study, prior research suggests that while you’re sleeping your brain is clearing abnormal, toxic proteins from the brain, some of which are associated with Alzheimer’s disease. Dr. Bendlin suggests people aim for 7-9 hours of sleep per night and prioritize their sleep. She suggested the following sleep hygiene tips.