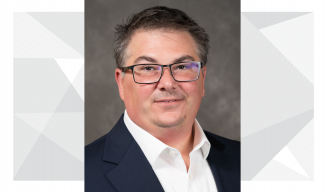 Transgender and gender nonbinary adults in the United States are more likely to report worsening memory and thinking, functional limitations, and depression compared to cisgender (non-transgender) adults, according to two studies reported today at the Alzheimer’s Association International Conference (AAIC) 2021 in Denver and virtually. One of the studies was authored by Nickolas H. Lambrou, PhD, assistant scientist in the Gleason Lab, who found depression and cognitive disability was higher among transgender and gender nonbinary adults.

“This research demonstrates that the cognitive health of transgender or gender nonbinary adults is different than cisgender adults, and that there are health differences within the TNB population. Notably, TNB respondents reported depression and cognitive disability at more than twice the rate of cisgender adults,” Lambrou said.

“These rates are concerning because cognitive disability may be a risk factor or early indicator of Alzheimer’s or other dementia. Further research is needed; it is critical that researchers include measures to identify TNB participants so we have an accurate representation of their health and health behaviors,” Lambrou added.