Intermittent Fasting and Its Effects on the Brain 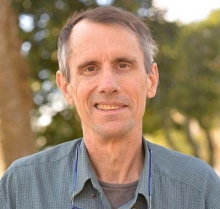 As intermittent fasting has risen in popularity over the last decade, researchers have been exploring its long-term effects on physical health. Dr. Mark Mattson joins to discuss his research on metabolic switching, caloric restrictions, and the cognitive benefits from intermittent fasting. Guest: Mark P. Mattson, PhD, Johns Hopkins University School of Medicine, Department of Neurology

Subscribe to this podcast through Apple Podcasts, Spotify, Podbean, or Stitcher, or wherever you get your podcasts.

The New York Times interviewed Dr. Mattson for the article "The Benefits of Intermittent Fasting," which was published online on February 17, 2020.