Vitamin Deficiency and Its Impact on Brain Health 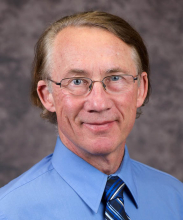 A study from the University of Wisconsin found 40% of geriatric memory patients were deficient in at least one vitamin linked to brain health. Vitamins tested in this study included B1, B6, B12, and D, all of which play an important role in brain health. Dr. Robert Przybelski joins the podcast to discuss his study, the influence of vitamin deficiency on brain health, and the potential consequences of vitamin deficiency when treating a patient for a memory condition. Guest: Robert Przybelski, MD, associate professor, University of Wisconsin School of Medicine and Public Health

Subscribe to this podcast through Apple Podcasts, Spotify, Podbean, or Stitcher, or wherever you get your podcasts.

Read more about Dr. Przybelski's research on vitamin deficiency, which he and his study team presented at the Alzheimer's Association International Conference (AAIC) 2020.

Nathaniel Chin: Welcome back to Dementia Matters. I'm here with Dr. Robert Przybelski, associate professor in the Department of Medicine. Dr. P, as he is known at UW, is a geriatrician with UW Health. He provides memory care for older adults and has done so for the past three decades. Dr. P is the director of the geriatric memory program as well as a falls specialist. He has master's degrees in biology and systems management, a fellowship in memory research, and was the medical director for the Army's Neuroscience Laboratory. Today I've asked Dr. Przybelski to join us so we can discuss the recent study he conducted on vitamin deficiencies in patients being evaluated in the UW Geriatric Memory Clinic. Dr. Przybelski, thank you for being here.

Robert Przybelski: Hi, Nate. I'm really honored to be on the show and tell you about some very interesting work that we did.

Nathaniel Chin: So let's get right to it. Now, why is it important to look for vitamin deficiencies during a memory evaluation?

Robert Przybelski: It's important to look for anything that will affect memory and especially in our geriatric patients. And it turns out that vitamin deficiencies, or nutritional deficiencies in general, occur in about 50% of our geriatric patients. If we try to correct memory problems, such as treating Alzheimer's disease or some of the other conditions, but have a vitamin deficiency, the treatments are not going to work. Patients are going to continue to decline for nutritional and metabolic reasons. Even if their underlying condition is treatable.

Nathaniel Chin: You looked at 200 patients during their first visits to our UW Geriatric Memory Clinic program. And you look specifically at vitamin levels of those being tested. And so what is it that you found?

Robert Przybelski: We found a surprising number of patients that were deficient or insufficient in a number of vitamins. We specifically look for vitamins B1, B6, B12, folate, and vitamin D. And for the study, we actually did all but the folate, and looked at the incidence or prevalence of those deficiencies. What we found was that the patients — about 40% of those patients presenting as new memory patients to our clinic — were deficient in one of the vitamins that we checked for. And again, it was B1, B6, vitamin D or B12, and 20% of those folks actually had two vitamins that were deficient. So that's very high incidence, if you think about it. For all the labs that we do, all the blood tests that we do, to have even a 5% incidence of an abnormality is pretty unusual, and here we're talking up to 40% of these folks having deficiencies. So besides the vitamin D and B6 findings, we found that the B12, which is most commonly tested for, only there was only a 16% prevalence of that deficiency. Whereas the B6 that we seldom test for if ever had a 37% prevalence of a deficiency. So then you might've asked, well, what's the big deal about these vitamins being deficient besides the fact that we need them for general nutrition. Well, it turns out that B6 in particular is very important for neurotransmitter or neurologic function. For example, if you don't have to B6, you're not going to synthesize the neurotransmitters that are important for memory such as acetylcholine. Vitamin D is found in the central nervous system also, and some folks believe that healthy brain cells require vitamin D. And as I mentioned, 33% of patients had a deficiency of that vitamin. So putting it together again, if B6 and vitamin D are deficient, these patients are not going to respond well to any type of treatment.

Nathaniel Chin: And I think that's a really key point. So you're speaking about vitamins, not only being needed and helpful to just general health of our brain cell, but the brain cells’ function is to release these chemical signals. And these vitamins are critical for actually having those signals in the brain. Is that right?

Robert Przybelski: That's correct. Because again, if you're deficient in vitamin B6, you can't even form acetylcholine in the neurotransmitter, it's necessary for the synthesis. B1, which is another vitamin we checked for which, although it had a low incidence, I think around 10%, the neurons at synapses, which are those parts of the nerves that release the neurotransmitters, require vitamin B1 for healthy function. So that's, again, another vitamin that we find at least 10% or so are deficiencies.

Robert Przybelski: Yeah. We look for other conditions that will mimic Alzheimer's disease or complicate Alzheimer's disease. For example, that we check blood sugar levels, we check thyroid levels, blood counts for anemia, kidney function, liver function, anything that would affect metabolism and affect the brain. So having a general set of laboratory assessments or specific to what the patient's chronic conditions are, can be very helpful. Another one is cholesterol levels, because there's often a vascular component to the dementia that will complicate Alzheimer's disease. And if the cholesterol is not well controlled, that vascular component will advance.

Nathaniel Chin: So it's pretty fair to say that a true full memory evaluation does require quite a bit of laboratory studies.

Robert Przybelski: Certainly a directed set of laboratory assessments. In other words, not everything under the sun, as some people read about, or they come into the memory clinic wanting about a hundred different tests, no, just specifically laboratory tests to chronic medical conditions, again, such as diabetes, thyroid problems, hyperlipidemia. I think labs directed to those as well as I said, the vitamin deficiencies.

Nathaniel Chin: And so identifying deficiencies important, and the treatment is usually pretty benign, which would include supplements and perhaps some dietary changes. Is there a difference between normal lab levels and optimal levels?

Robert Przybelski: Yes. I think our providers, our physicians and nurse practitioners and so forth, are somewhat confused about that. Normal levels just mean that within the population, the numbers range between a low number and a high number across let's say the last thousand people are tested. Those may be the normal levels in that population, but that's not necessarily the healthy level. As a rule of thumb, I shoot for somewhere in the mid-range of that normal level as probably being a healthy level. For example, B12 is a good example in that the normal range might be between 200 and 800, whereas patients below 400 can actually have symptoms of B12 deficiency. Therefore I would use 400 as my lower limit of normal.

Nathaniel Chin: And so I always like to ask some personal questions on this show, Dr. Przybelski. So if you don't mind, do you take any supplements?

Robert Przybelski: I take vitamin D and also vitamin C, especially with the pandemic. I take a B complex, but B complex vitamins are good for sort of maintaining or sustaining. But that's about it, just I guess a vitamin C, vitamin D, and a B complex.

Nathaniel Chin: But then you also mentioned that these vitamin levels are in essence related to nutrition and perhaps then the foods that we eat. So do you have a specific type of diet that you think favors overall brain health?

Nathaniel Chin: And I'd like to end by really highlighting how much different and important this kind of study is in the world of Alzheimer's or just memory research. So this study, which was very important, was based on data from our UW Geriatric Memory Clinic. So these are not participants involved, but rather our patients. Why is that important when it comes to real world studies?

Robert Przybelski: Yeah, I think that's a good point. These are patients that walked into the clinic, basically off the street or out of their doctor's offices. Not selected in any way for research, not screened for research. They are real-world folks, and finding this amount of vitamin deficiency in real world patients, I think makes it relevant to our physicians and nurses.

Nathaniel Chin: Well, with that, I'd really like to thank you for being on the show, Dr. Przybelski, and I do hope to have you on in the future.