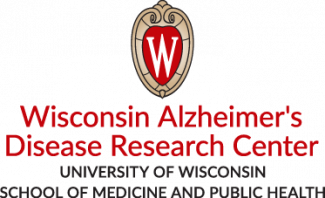 The Wisconsin Alzheimer’s Disease Research Center is seeking applicants for the 2021 class of its Research Education Component (REC) Scholar Program, a two-year training and mentorship program that aims to develop researcher skills and competency in Alzheimer’s disease and related dementias. Applications are due November 10, 2020, at 11:59 p.m. central time. Application details and directions can be found on the REC Scholars Program webpage or in this PDF about the program. The Wisconsin ADRC will fill two REC Scholar openings for the appointment period beginning April 21, 2021.

Nicole Rogus-Pulia, PhD, CCC-SLP, is a member of the inaugural class the Wisconsin ADRC REC Scholars. Her goal is to utilize her training as a scientist and speech-language pathologist to develop an evidence-based treatment for dysphagia in patients with Alzheimer’s disease. According to Rogus-Pulia, the career development training aspects provided through the REC Scholars program have been invaluable in building connections with other researchers focused on Alzheimer’s disease and developing expertise in this area. “The REC Scholars program has been absolutely critical in allowing me to establish an independent research program,” Rogus-Pulia said. “My REC project supported with pilot funds led to a new line of work and additional mentorship that has resulted in additional opportunities for funding and collaboration.”

Rogus-Pulia was recently awarded a Paul B. Beeson Emerging Leaders Career Development Award (K76) from the National Institute on Aging (NIA) for her project “Impact of Novel Rehabilitative Approaches for Dysphagia in Patients with Alzheimer’s Disease and Related Dementias.”

Andrea Gilmore-Bykovskyi, PhD, RN, assistant professor in the School of Nursing, is another member of the inaugural class of Wisconsin ADRC REC Scholars. Her career goal is to develop a clinical research program focused on improving Alzheimer’s disease diagnosis as well as access to care and treatments, especially for high-risk and disadvantaged populations. “The REC Scholars program has provided foundational support which has helped to accelerate key areas of my research program focused on addressing inequities in research participation,” Gilmore-Bykovskyi said. “Because of this support, we have been able to expand our reach and outreach efforts locally, and strengthen our approach to research engagement."

Gilmore-Bykovskyi, who received a Paul B. Beeson Emerging Leaders Career Development Award in 2018, recently received an R21/R33 from the NIA for her proposal “Characterizing Episodes of Lucidity in Dementia Using Observational and Applied Computational Linguistics Approaches.”

About the REC Scholar Program

The REC Scholar Program was established in April 2019 as part of the introduction of the Research Education Component (REC) to the Wisconsin ADRC. This new infrastructure aims to train the next generation of Alzheimer’s disease scientists and will support education activities for learners at all levels, from high school age to early investigators. The Wisconsin ADRC aims to increase the interest in and understanding of aging research and build a pipeline of future researchers. Barbara Bendlin, PhD, is REC Leader. Co-leaders are Luigi Puglielli, MD, PhD, and Amy Kind, MD, PhD.